NOT SHINING A LIGHT ON OUR WILDLIFE

Posted on 19 November, 2018 by 1leytonmarshlover

While no-one is suggesting a city such as London should be without the necessary light required for access and safety, the amount of unnecessary light is increasing and this is a serious issue for our wildlife.

Not only bats, but birds and mammals are adversely affected by artificial light as it interrupts breeding, migration and hunting patterns. Humans are also affected by the effect of the suppression of melatonin on our biological clocks. White–light sources (including LEDs) must be used with caution since, “These lights emit high levels of blue-ish light that not only interferes with our night vision and our own health, but also with the well–being of animals.  Other types of lighting, such as incandescent or high–pressure sodium vapour lamps, produce high levels of reddish or even infrared light.  Their spectra interfere with the well-being of many types of plants.”  No living species ever evolved for continuous lighting so we should not be surprised that no species truly benefits from it.

The International Dark Sky Association has some useful tips for all of us in how to reduce our own unnecessary interior or exterior lighting. We can install motion sensors on all outdoor lights; turn off any lights at night that are not motion sensing and install window coverings that block out as much light as possible. The latter is particularly important for the increasing number of flat and house dwellers who live around the edges of our parks and waterways, many of whom follow the fashion for large windows without blinds or curtains, without apparently thinking about the consequences for river-dwelling wildlife.

Light pollution is one of the concerns that Save Lea Marshes (SLM) and other local groups have about the increasing development and commercialisation of our marshes and Metropolitan Open Land (MOL).  One particular concern is the prospect of two free schools and a nursery being built on land adjacent to the Middlesex and Essex Filter Beds, close to Walthamstow and Hackney Marshes, which already suffer from light spillage from all directions.

I took a walk around the Middlesex Filter Beds in the dark, as near to closing time as possible, to assess and photograph the amount of light pollution that is already creeping in, notably from relatively recent bright lighting on the Thames Water Depot site (which also shines out over the River Lea), and from the cranes on the 97 Lea Bridge Road development some distance along the Lea Bridge Road.  It is already at an unacceptable level. The proposal to build free schools on the Thames Water Site adjacent to the Nature Reserve is likely to seriously exacerbate the harms to the very wildlife the Waterworks Reserve seeks to encourage and preserve. 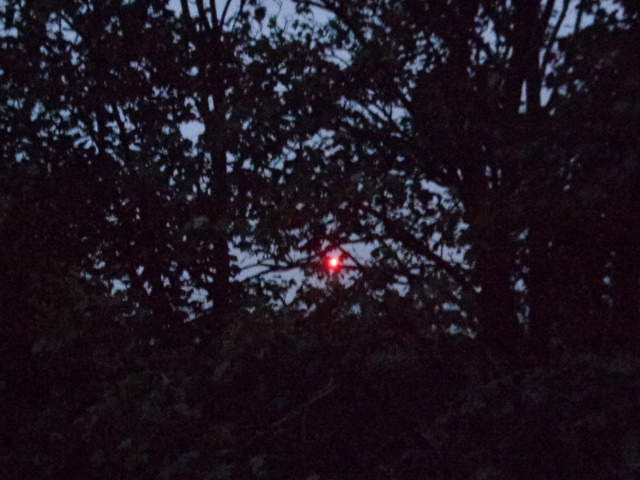 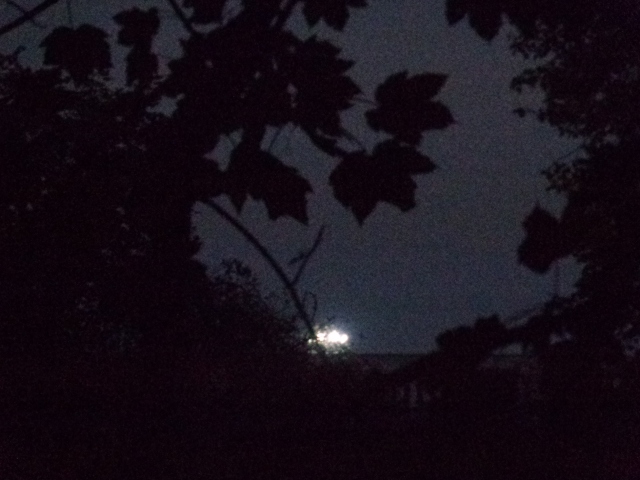 To explore the potential of light spillage from schools, you need look no further than Mossbourne Academy on Hackney Downs; the levels of light coming from this site are bad enough on a public park but would constitute a serious threat to an area such as the former Thames Water Depot which is adjacent to a nature reserve, particularly if they are left on all night for security reasons. 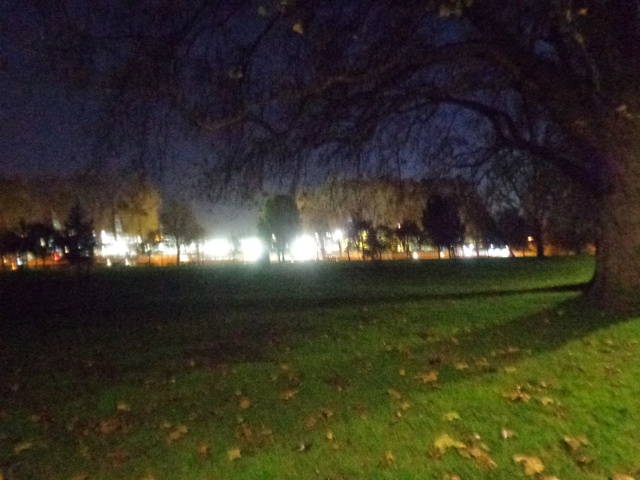 The Lee Valley Regional Park Authority, its rangers and its volunteers, in cooperation with other agencies, undertake regular monitoring of bats, birds and other mammals within the park area, and its public website www.visitleevalley.org.uk  has information on activities such as the “Go Batty” walk which took place in August.  The website also has an area where anyone can report sightings of rare and unusual species in the park.  One such area is the Filter Beds, a set–aside area which also includes an area where the public are not permitted, in order to promote the sustaining of wildlife.  Why then, has the LVRPA not been more active in protecting this part of their remit particularly when they are aware of the species within the reserve? Recent bird sitings in and around the filter beds include: Teal, Little Grebe, Common Sandpiper, Sparrow Hawk, Kingfisher and Kestrel.

My online searches of specific investigations into the wildlife in the Middlesex Filter Beds came up with a Field Survey carried out by the London Bat Group, with the cooperation of the LVRPA in 2011, citing an historical database that was created in 1985, with the last search being 2010. (However, maybe due to my lack of diligence, I have been unable to find a subsequent similar survey of this particular area of the park.  There has, however, been a recent volunteer walk carried out by a park ranger in the Coppermill area of the Walthamstow Marshes as featured in the latest “Musings from the Marsh”).  It includes a map of the areas walked and a summary of the species of bat recorded since 1985.  These were:  the Common Pipistrelle, Soprano Pipistrelle, Nathusius’ Pipistrelle, Noctule, Daubenton’s, Leislers, Serotine and Brown Long-eared.  Out of these, the Nasthusius’ Pipistrelle, Noctule and Daubenton’s seem to be the ones that have been most recorded recently. The various types of Pipistrelle were recorded on two occasions 21st and 27th of September 2011. The Brown Long-eared Bat was last recorded in 1996 and none since.

The Bat Survey of 2011 (4.2), comments on urban light levels surrounding the Waterworks Nature Reserve “Overall urban light reflected off clouds into site raises levels significantly above levels expected in rural areas.  Direct light spill from adjacent works, highways and residential areas limited to west and northern edge of sites.  Worst affected stations are 6 and 9 (both points are within the Essex Filter Beds adjacent to the current Thames Water Depot, where the schools are planned).  Levels at these points are likely to impact light–intolerant species such as Daubenton’s but not Pipistrelles”.  It should be noted that 2011 was pre- Olympics and the increased levels of development involving large light–producing structures that can now be viewed around the perimeter, particularly from the Olympic park side of Hackney Marshes.  Also, it predates the latest findings of the Guidance from the Bat Conservation Trust mentioned earlier.

I would argue that we should not be making matters worse by deliberating parking another set of highly illuminated buildings and school grounds adjacent to the Nature Reserve.

What examples are we giving to the next and future generations?  Our planet and our local eco-systems are being increasingly threatened.  We may not have the power to individually influence world issues but individually and collectively we can and should democratically object to developments which affect us locally.  The schools planned for the Lea Bridge Road site are not schools planned or needed by the local authority and are, in effect, private enterprises, being plonked by national government on an important local nature area.   It is time to say “no”.

1 Response to NOT SHINING A LIGHT ON OUR WILDLIFE